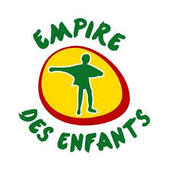 L'Empire des Enfants is a center for children experiencing homelessness in Dakar, Senegal. Since its doors opened in 2003, the organization has worked tirelessly to care for children living in vulnerable situations. Led by president and co-founder Anta Mbow, the center takes care of all the children's needs (accommodation, meals, clothing, medical care). It provides them with educational and developmental activities, emphasizing academic classes, sports, excursions, and arts and crafts. Since its foundation, the center has helped more than 2,000 children, and its scope now extends far beyond Senegal's borders. 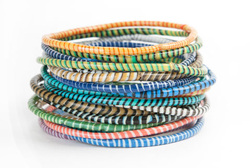 MADE WITH LOVE recycled rubber bracelets are made by a Women’s Co-operative in Djenné, Mali, West Africa. Paid a fair price for their work these bracelets provide the women with a viable means of support and are sold to raise funds for L'Empire des Enfants and Keur Khadija, two projects for under-resourced children in Dakar, Senegal.